One of the things that gets set in an examination is an extended piece of writing where they usually give you a title, or sometimes, a final sentence and you have to create something than ends with that sentence.

One year, three or four years ago now, an exam board set a task that asked each GCSE student to choose a season, such as winter, spring, summer or autumn and then write something about that. In a setting where 300 students are sat in rooms across a High School, with 200 or so of them in the main hall, all sat in rows at individual chairs, these tasks are the ones that can be terror inducing to most students, but the advice I give to all my GCSE students is that when you get one one these tricky tasks, where you think you are forced to write about flowers budding and snow and ice freezing everything to death, the trick is to change the focus in a way that is new and ingenious, for that is what the examiners are looking for.

Imagine being the person who has to mark 300 exam scripts and all are the same task; write about a season you like the most. The trick is to think about the title and then add some subversion into it. One student chose to do this and scored an A grade for her efforts. She chose to focus on the word Summer and then go off on a tangent and write something extremely creative, resulting in an examiner seeing it who had most likely see 245 others are had imbibed a gallon of coffee to stay awake and then, saw this one below.

Have a look at it. She is now an A Level Literature student of mine, going through all sorts of poems, stories, plays and the dreaded Mr. Shakespeare. I think this tack is a good one to take, if you have the imagination. The trick is allowing your imagination in these exams to take off and so long as you keep to the task, write something highly original. It is simply called Summer.

I met her at a bonfire. The flaming tradition for the new season. I only knew her for a few weeks but at the time, it felt like forever. As the hot sand squished between my toes, and the roaring sound of countless people singing around the flames rang through my ears, I saw her; Summer. She seemed somehow brighter than the fire, and I could barely look straight at her. The glow from the flames bounced off her sun-kissed skin, and later, as the fireworks threw colour across the sky like paint from an overexcited child, the girl who made heads turn as she passed, and seemed to shimmer with golden energy sat beside me and my friends, and we decided to spend the summer together.

At the beach, Summer was the way we danced across the hot sand like burning coals. She was the feeling of diving deep in the sea to cool down, hair flying out smoothly like a mermaid’s, sounds echoed into warbled noise; a world of our own for as long as our breath would hold out. She was the way our swimming costumes clung to our body after we resurfaced, like a new skin. She was melted vanilla ice cream dripping down the cone and onto our fingers. She was the way we fell back onto towels for the sun to hit us, and when she let out her musical laugh, we were reminded that we were free from the shackles of everyday life- there was no obligation, no stress, no worry.

One thing she both loved and was, was an adventure. Standing in the back of a truck, arms out, and screaming with laughter, she was the closest to flying we could get. Climbing rock faces, rock pooling, and crashing stranger’s barbecues with the smell of tender steaks floating through the air, all in cut off shorts and floaty tops. They were the ‘big’ ones. But she loved the little ones just as much. Forcing us to get up early, our futures were as free as the kites we flew; swirling through the sky with freedom, but still light enough for us to control. The days were golden.

On the quiet days, we’d walk around with the pavements melting under our bare feet, and Summer would look over her shoulder, flashing a dazzling smile. She was the children running around in bright yellow sundresses, the farmer’s markets that would offer free samples of fruit so fresh the flavour exploded across our taste buds, and the feeling of fresh dirt under our fingernails as we planted beautiful flowers to replace the ones we’d picked and were now dotted in our hair. She was the sound of ice clinking in our glasses of lemonade, of birds tweeting as they flew overhead, and of tennis rackets hitting balls in gardens we couldn’t quite see.

Not every day was so wonderful, however. When she wasn’t so full of bright energy and screaming for adventure, she was the opposite end of the scale- lazy, and making our energy sap out of our bodies from nothing. Waking up from long lie ins, then tempting us to do nothing for that day, that week, possibly forever. She could be sultry, and seductive, but then oppressive and in your face; one moment the sound of nothing but flies buzzing by, the next with words that stung like a wasp. These days were in the minority, but they still burned in our mind. 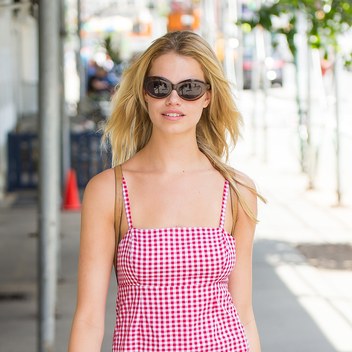 Overall, she was glorious. It felt like it was going to be the same for the rest of our lives, but as all good things do, it ended. She was there, then she was gone, most likely to brighten some other lucky people’s lives. Thanks to Summer in summer, we felt limitless. Whenever I smell wildflowers, see people running through sprinklers, or taste perfectly cooked smores, when I smell the freshest summer air, or see someone’s eyes shining and sparkling, I think of her, and those weeks, when we had the time of our youth, and perhaps the time of our life.

Now, what elements of that would you have never thought of? The answer to that is something that you may get the chance to add in the forthcoming examinations. If you get the chance and can pull something like this off, then my message to you is simple; go for it! Be brave. Be bold. Be strong in your convictions that you are making the best possible effort to write something truly unique.

As a side thought, now choose one of the seasons yourself and try to do the same thing and see what you can come up with. Writing should be fun. It should be something that you do out of love, not out of exam necessity.